Fixing a complex corruption in PostgreSQL

Since many years, we have been using PostgreSQL as the backend to our DNA Analysis solution. And very successfully so; we now have approximately 10TB of statistics in almost 500 schema's.

In order to backup a particular schema or table, we use pg_dump. However, this week it started to produce a nasty error, see below:

With the help of google, I soon discovered we may have a corruption in one of the vital tables: pg_class.
Analyzing the problem, I first identified which tableor schema we have an issue with:
executing "select oid, * from pg_class where oid = 2613175388" shows we're dealing with a table named ls_tmp1. I know we have some of these tables in several schema's.

Next, I executed "select * from pg_tables where tablename = 'ls_tmp1'". The result is shown in the screendump below: 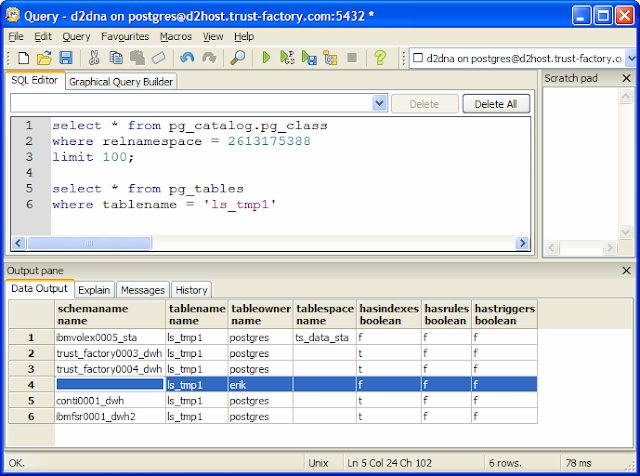 Notice how the troubled table does not belong to a schema (it should!). Hence the trouble reported in the pg_dump.